Least terns are a Florida threatened shorebird species that breed each spring on coastal beaches. This natural nesting habitat has been significantly reduced by both coastal development and recreational use. Struggling to survive, Least terns must seek alternative nesting sites and, in Pinellas County, can be found nesting on the flat gravel roofs of large commercial buildings near coastal areas. Because gravel roofs are no longer the roof of choice, even these potential nesting sites are on the decline.

In 2009, biologists and Pinellas County environmental specialists approached the Friends with a proposal for us to fund and develop a Least tern nesting habitat on the flat roof portion of the Preserve’s Center. Agreeing to move forward with the project, Friends partnered with the Tampa Bay Estuary Program and funded the construction, that was managed by the County, of a nesting site completed in 2010. An interpretive exhibit on the Center’s third floor, overlooks the nesting site, explains the Least terns declining population and struggle for continued survival. 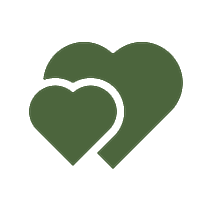 We welcome your support of Friends programs and special projects at Weedon Island Preserve.
Click Here