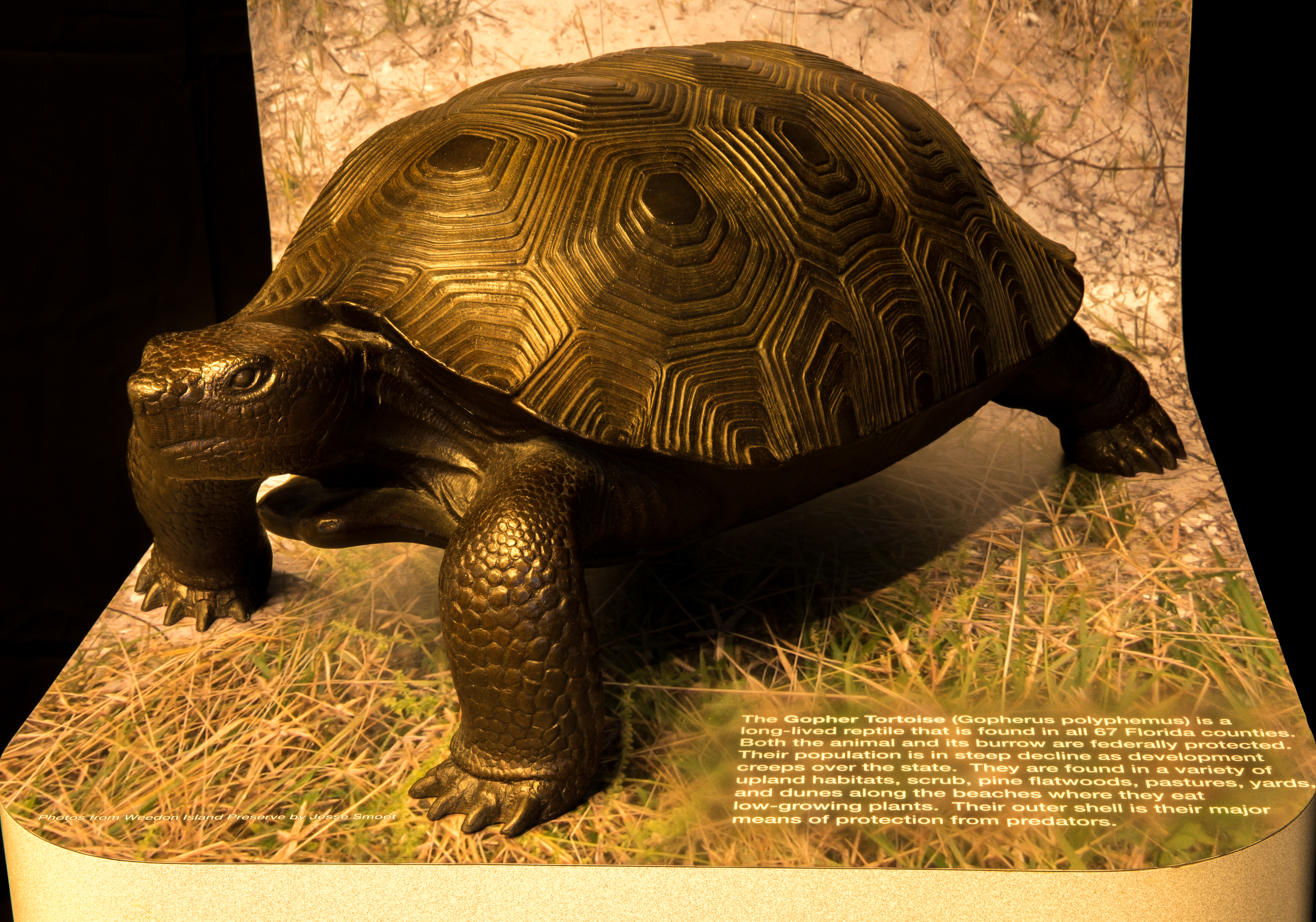 At a December 7th evening event, the Friends of Weedon Island unveiled a bronze sculpture of Gopher Weedon for display in the Preserve Center’s lobby. The sculpture honors the federally endangered gopher tortoise that is frequently found wandering the Preserve’s upland scrub habitat and is a favorite of Preserve visitors. The event also celebrated the twenty-fifth anniversary of Weedon Island’s protection and designation as a Preserve by the state of Florida.

Gopher tortoises dig burrows for shelter and forage on low-growing plants. They share these burrows with more than 360 other species and are therefore referred to as a keystone species. 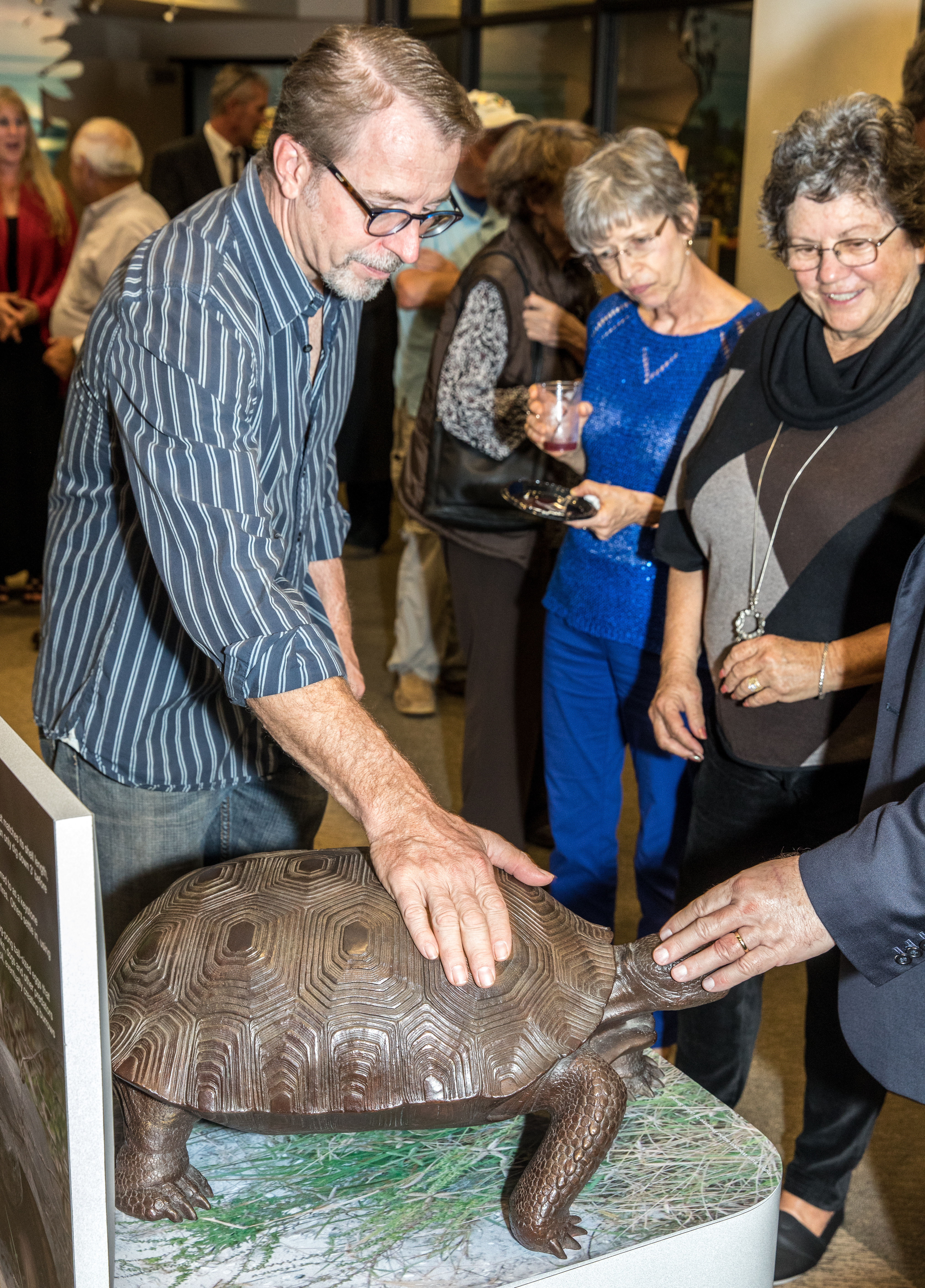 Everyone, including sculptor Mark Aeling, stops to “pet” the Center’s newest addition…